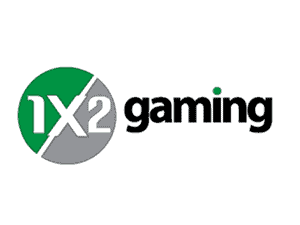 Based in Silicon Beach (aka Brighton & Hove, England) 1×2 Gaming is a proudly independent British company with a list of games as long as a piece of string theory. Fortunately for us, this studio places as much emphasis on quality as quantity.

And passion. 1X2 Gaming are the inventors of Virtual Football betting, bringing virtual football betting to our screens every 90 seconds, 24 hours per day, 365 days per year.

But they don’t stop there. Since the company’s inception in 2003 1×2 Gaming have released iGaming titles across the whole gaming spectrum, including scratch cards and instants, online casino and bingo games and top slots like Treasure Of The Pyramids, Alice And The Red Queen and the film noir smash hit, Downtown. This studio’s portfolio is so expansive it almost makes your eyes hurt.

And that is something even international gaming giants strive to achieve. 1×2 Gaming crunch the numbers their side to deliver games that are developed, pioneering and at the crest of the waves they make themselves. 1×2 Gaming? You do the math.

Bun In The Oven Scratchcard

Bun in the Oven is an online scratchcard game from UK-based developers Black Pudding Games. It was released in early 2021 alongside two similar scratchcard…

Squeaky Blinders is one of a trio of modern scratchcard games released together by UK-based developers Black Pudding games. Creators of the innovative slot game…

Blackpudding Games are a games company who like to do things a little differently. They tore up the rule-book when they released Aeterna, an innovative…

Aeterna is an online slot like no other, boasting a revolutionary Orbital Reactor™ engine never before seen. Fittingly for a futuristic game set in deep…

If you’re going to go retro, then why not throw in a space age theme, bright vibrant symbols with a hint of neon and a…

Do you like ninjas? Do you like playing fruit slots? Then you’ll love the aptly named Juicy Ninja slot. It combines all the beauty of…

1×2 Gaming gives us Fruity 3×3 Slot which is summed up perfectly by its name. It’s a three reel slot with one payline on each row,…

Alice and the Red Queen

Since it was first published in the mid-19th century, Lewis Carroll’s uniquely imaginative story of Alice and her fantastic adventures in Wonderland has been inspiring…

Roulette is one of the classiest online casino games, so it’s amazing that you can play it from the comfort of your own home. Even…