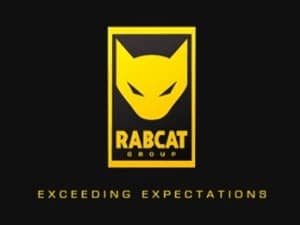 We’re not sure if RabCat is a conjunction of Rabid Cat, but one thing this studio certainly will do is get you feverish with anticipation without inflaming your brain. Unless by inflammation you mean caressing, piquing and exciting, in which case we are well and truly into the symptoms, Doctor.

RabCat started life in 2001, though you might be forgiven for thinking that it was much more recently. In the last few years they have surfaced in the iGaming pool like particularly healthy-looking rainbow trout in an infinity pool of dreams.

Games like Legend Of Olympus and Scary Friends raised industry eyebrows, while Penguin Splash made its own splash with gamers with its bright brand of breezy gameplay.

And then came Castle Builder.

Castle Builder bagged RabCat an EGR ‘Game Of The Year 2013’ nomination, and brought worldwide attention to the studio and its upcoming slate of releases. An intricate level-based gameplay system, in which the prizes and multipliers increase alongside our skills as a Castle Builder, earned the game reviews that included words like “radical” and “ground-breaking”, though hopefully not for the castle foundations.

An exclusive distribution deal with Microgaming followed, and now the future is most certainly feline.

This is the year of the RabCat.

Hoist the anchor, set the mainsail, call the Captain ashore. It’s not time to go home, it’s time to go whaling. Just not with the…

With the Forsaken Kingdom Slot we say, don’t forsake us, oh my Kingdom, on this our gaming day. We do not know what fate awaits…

No-one makes a splash quite like a penguin. Well, apart from funky new Vienna-based iGaming developing studio Rabcat, who you may remember from another innovative…