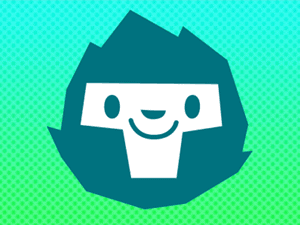 Thunderkick may be the most innovative young online slots developer in the world today.

According to the company’s “About” pages, Thunderkick makes games. Not only are the games they make online slots, but they are, first and foremost, games that are devised to be played. The gameplay in each and every Thunderkick release is developed in minute detail, giving us quality gaming experiences that become as important to us as the winnings.

Based in Stockholm, Thunderkick has already earned a reputation for wild creativity and ferocious imagination. The outfit’s video slots adventures vary from ripping demons apart in Børk The Bezerker to experiencing the Day Of The Dead with an undead mariachi band in Esqueleto Explosivo, flowing through the Thunderverse in Flux to investigating an ancient cash-paying monolith in Arcader.

Swedish slots supremos Thunderkick has got form when it comes to creating smash hit Mexican-themed Online slots, as any fan of Esqueleto Explosivo will no…

Well of Wonders, well of light, well of fairies’ sparkling light! Innovative Slots house Thunderkick tears up the rulebook once more with this twinkling Well…

Thunderkick is back! Not that the innovative Scandinavian slots studio ever went anywhere. Unless they hopped across the pond to “research” the super-playable Turning Totems…

The Rift is not a domestic thriller starring Jamie Foxx, but an Online slot starring you and produced by Thunderkick, the slot house that brought…

Fans of Thunderkick studio will no doubt have played its eclectic Sunny Scoops Online slot, an ode to ice cream that saw us wanting to…

Here comes Spectra! It may sound like an enemy of James Bond, but the Spectra Slot is a top-level, ode-to-neon online game from kooky developing…

With the Flux slot game, if you are a sci-fi fan images will immediately pop and fizz in your head the instant the word “Flux”…

The Thunderkick studio is back to its creative best with the Arcader Slot game, a word that sounds like it should be a noun, but isn’t.…

The Esqueleto Explosivo Slot makes you not want to say it but just try and play it! Thunderkick has a reputation for creating quick-witted online…

With the 1429 Uncharted Seas Slot, you could be forgiven for thinking that Thunderkick actually mean 1492, but they don’t. It turns out that the…

If kids could play slots, they would play the Toki Time Slot. Fortunately for us all, they can’t, which leaves us Online slots fans to…