Are you tired of playing the same old online slots? Not literally, of course. Massive studios like Microgaming, NetEnt and SG Digital release brand spanking new slots weekly to whet our gambling whistles. But every so often an innovative slot like Aeterna comes along that hints at a bright new future for online and mobile slots play. These slots that play superbly on mobile tend to appeal to younger slot fans, gamers who want more than five reels, 20 paylines and Wilds and Scatters. So what is it that the next generation of slots fans want? Other than mobile-first innovation and big win potential, of course!

Mobile games for the next generation

Recent years have seen numerous mixes of slots and mobile games, from Skillz Gaming’s Mega Money Rush to Poke The Guy, one of the most random mobile games ever to be released. Both of those titles were launched on the Microgaming platform, incidentally. Black Pudding Games released its Aeterna slot in October 2020 on the 1×2 Network, a game played in portrait rather than landscape with no need to flip your phone around.

Black Pudding Games released its Aeterna slot in October 2020 on the 1x2 Network, a game played in portrait rather than landscape with no need to flip your phone around

The innovative Orbital Paypath™ sees you match symbols around the edge of the Orbital Reactor, deconstructing a traditional three reel slot in all kinds of space age ways. Next to slots like Aeterna, Irish-themed slots with dancing leprechauns and rainbows for symbols suddenly don’t seem so appealing. For the next generation, at least. Oddly enough, younger gamblers find simple to play games more appealing.

Bustabit is one of the most popular games among younger generations. For the uninitiated, the concept is very simple. You select how much you want to wager and click “bet” to place your bet. A line begins an upward curve from left to right, like that of a graph. Along the bottom of the graph sit a series of multipliers, which start at 1.00 and rise upwards in fractional increments as the line moves along the graph. You must hit the stop button before the game busts out. 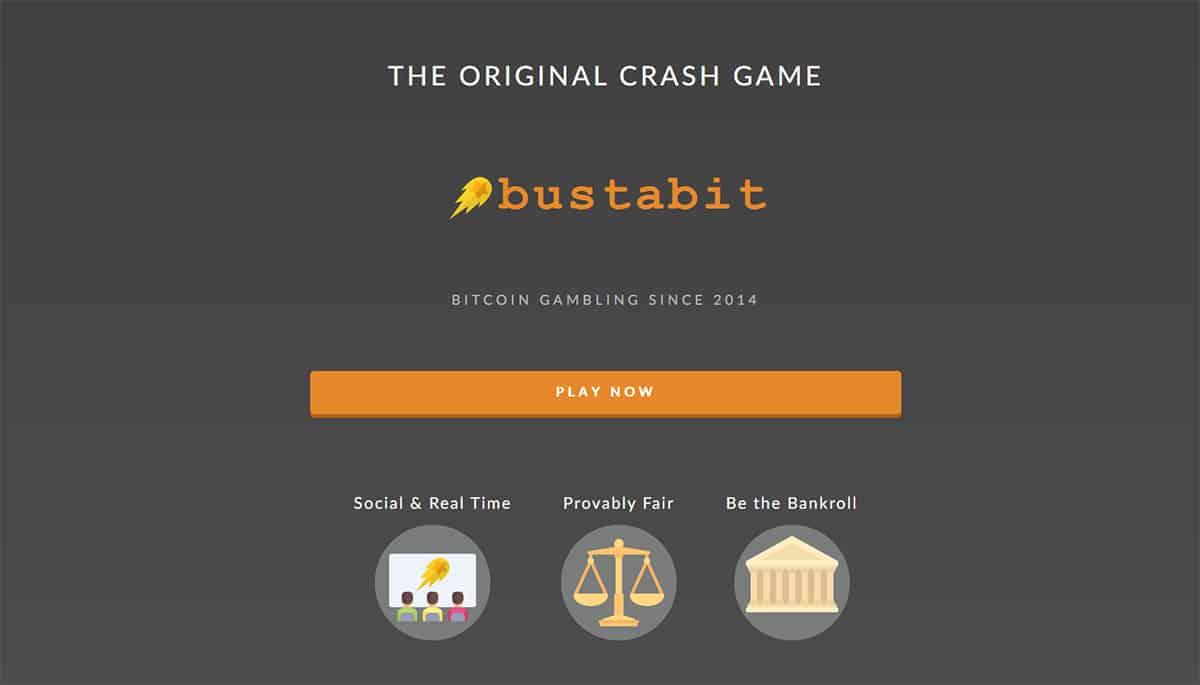 Your User ID and bet turn green in the gameplay box next to the game space. If you don’t trade out before the graph busts, you lose your stake. If you don’t attempt to cash out manually, you will automatically cash out at your pre-chosen payout value. And that’s it. Sounds simple, right? It is. But all of your deposits and winnings take place in bits, with 1,000,000 bits making up 1 BitCoin. You cannot deposit using local currency at all.

Bustabit is one of the most simple games to play in the history of games. And that, in part, is why it is so popular among younger gamers who don’t want to invest the time trying to trigger numerous bonus rounds like those found in many online slots. It is this basic simplicity which makes NetEnt’s Starburst slot still one of the most popular games played in online casinos to this day. There aren’t scores of bonus features triggered by certain combinations of Scatters. If you land a Starburst Wild it expands to cover the reel and triggers a respin. Simple.

It is no surprise to see mobile games evolving from crash game concepts like Bustabit. One such game from Funfair Games is Rocketeers: To the Moon! Set to be released in 2021, the game takes the crash concept and runs with it in a bid to bring the crash game concept to the next generation of mobile game players. Cash out before the rocket crashes and you win the multiplier you parachute out at. Get all the way to the moon and you land the maximum jackpot, but the engines could fail at any time! The pace is fast, the prize potential tantalising. As with online slots, your win multiplier and payouts depend on your stake.

The future of online slots

Online slots and casino games began to boom around 2000, when technology advanced to a degree that allowed major slots studios like NetEnt and Microgaming to push the boundaries of graphics and gameplay. This coincided with the advancement of the cellular network to 3G and, following the launch of the iPhone in 2007, our phones became much more than just a handset to call and text people. Along came 4G in 2012, a year after NetEnt launched its NetEnt Touch™platform, the mobile first approach that paved the way for mobile slots play to overtake online slots in popularity. Fast forward 10 years and mobile gaming is the number one choice method of enjoying slots and casino games. And now crash games, too.

One of the major attractions of crash games is the community aspect. You join with others to play the same game at the same time, at any point in time during a 24 hour day. The same could be true of online slots, with millions of players spinning reels throughout the day. But in the case of slots, you have no idea who else is playing and have no opportunity to interact with. Only playing Live Casino games like Evolution Gaming’s Live Blackjack or online bingo gives you a similar level of peer interaction, but in the case of Blackjack is limited to however many players can sit around the Blackjack table at any one time (usually limited to 7). Unlimited Blackjack and online bingo rooms allow limitless numbers of players to play the same hand, but only bingo comes close to crash games in the level of interaction you can achieve. And it is this community interaction that forms part of the popularity of crash games.

Crash games hand control back to the player. You are in control of where you jump ship or how far you try to push it to reach towards maximum payouts. In classic risk versus reward terms, you get to choose your own strategy and, because you are playing the same game as a roomful of others at the same time, you get to see how far other players go – a thrill in itself. But ultimately the popularity of crash games lies in their simplicity – a factor that made Poke the Guy so popular. There are no bells and whistles, no flashy intros, no need for six different kinds of bonus features. They say that fashion is cyclical, and that can almost be said for the cases of Aeterna and Rocketeers: To the Moon! They truly are postmodern games, the past reinventing the future. Where will we go next? You decide.