The British weather might be taking its time to warm up as we head towards the summer, but it’s definitely hotting up in the world of online slots this May! Here at Casino Kings, we’re bringing you an octet of new slots releases to keep you entertained on those drizzly afternoons when the sun refuses to come out long enough for you to confidently fire up the barbeque. Highlights include a new entry in the popular Rich Wilde series, a slots tribute to a legendary TV series, and multiple new Megaways titles for you to enjoy. 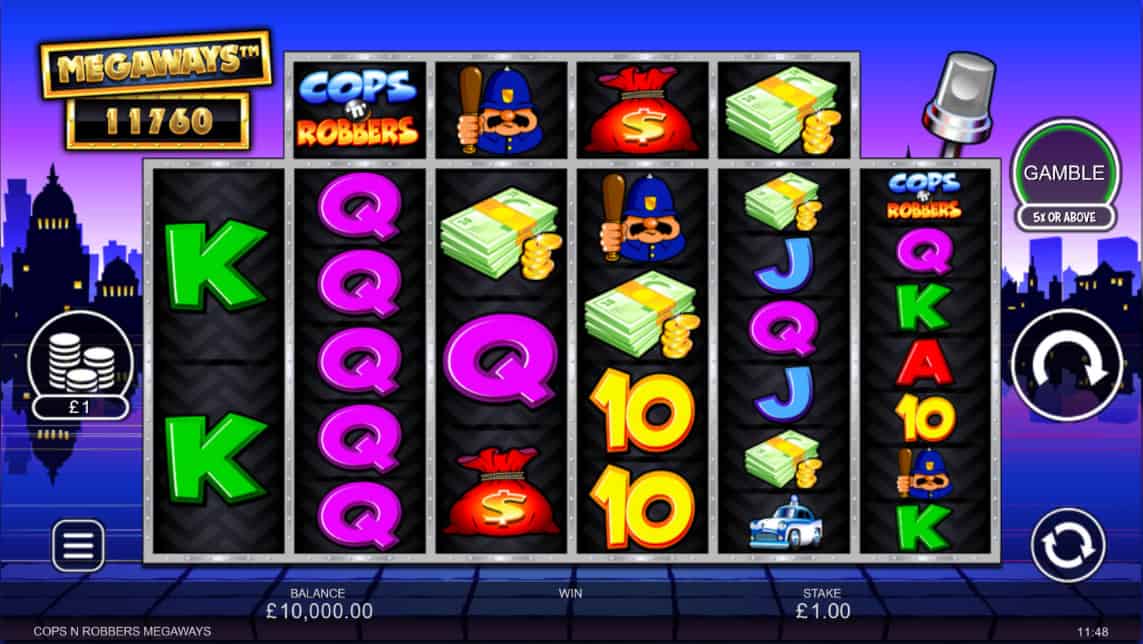 First up is Cops ‘n’ Robbers Megaways, a new title from Inspired Entertainment which invites us to take joy in the thrill of the chase as we attempt to grab the loot and get away before those pesky cops track us down.

Cops ‘n’ Robbers Megaways has an old-school look about it, which is no surprise as it’s based on the classic pub fruit machine from which it takes its name. Don’t let those retro aesthetics fool you, though – Cops ‘n’ Robbers Megaways is a thoroughly modern game with a fine collection of exciting features, including a selection of bonus rounds and up to 117,649 ways to win. This isn’t Inspired Entertainment’s first attempt at a Megaways game. With the success of titles like Gimme Gold Megaways firmly under their belts, they have a proven track record of delivering the goods in this popular format.

So how do you improve on such a well-loved slot? Add more reels and more ways to win, of course!
Hallelujah! It’s raining Megaways! And Dazzle Me Megaways marks not just the second Megaways title of the month, but also the second Megaways remake of a classic game. This time it’s not an old physical slot machine getting the Megaways treatment, but 2015’s popular Dazzle Me online slot, with its glittering jewels and unique staggered reel layout.

So how do you improve on such a well-loved slot? Add more reels and more ways to win, of course! With Dazzle Me Megaways, Netent have strapped a whole extra reel to the end of the board and the game can offer up to a mind-boggling 99,225 ways to win. Throw in some tasty bonus features like Dazzling Wild Reels and free spins and you have yourself the recipe for a brilliant remake of an enduringly popular slots game. 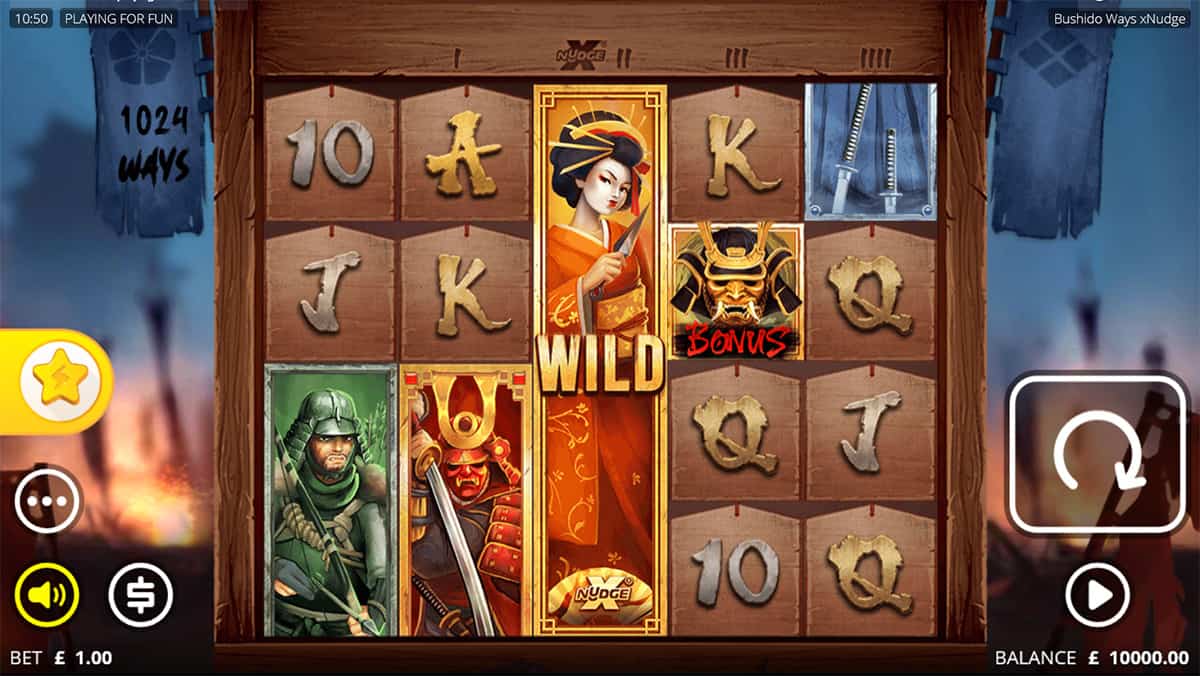 Taking inspiration from feudal Japan and the famous Way of the Warrior, Swedish developers Nolimit City have put together Bushido Ways xNudge, an epic new online slot with beautiful graphics, fast-paced gameplay and an exciting array of bonus features. Expect to see noble Samurai Warriors, beautiful Geisha and terrifying Oni gracing the reels of this thematic slot. But don’t think that honour is all that is at stake here – with a maximum payout of up to 30,000x your stake, there are riches to be won by those who follow the Way of the Warrior.

Rich Wilde and the Amulet of Dead

Play‘n GO’s most popular character (who bears no relation whatsoever to a certain famous cinema archaeologist – he doesn’t even have a hat!) is back for yet another sequel adventure. He’s explored Aztec temples, climbed the Himalayas, and even battled Lovecraftian horrors from beyond time and space, and now Rich Wilde, slots adventurer extraordinaire, is going back to Egypt, where it all began in the classic original title Rich Wilde and the Book of Dead. With polished graphics and great gameplay features like stacked Wilds and free spins rounds, this latest episode in the saga promises to live up to its predecessors in what’s fast becoming a legendary series of slots.

If the deserts of Egypt are a bit too hot and dry for your tastes, Gold Coin Studios have the perfect alternative – a nautical adventure in search of pirate gold at the bottom of the ocean! Silver Seas is a new slot that is sure to tickle the fancy of anyone who’s ever dreamed of sailing the high seas under the Jolly Roger, throwing back the rum and singing rowdy songs about gold and glory. Landlubbers need not apply.

Did you think we were done with Megaways slots this month? Au contraire! All41Studios are getting in on the action, too, and they’ve produced Joyful Joker Megaways, the third new game this month based on Big Time Gaming’s mega-popular and mega-fun Megaways gaming system. Joyful Joker Megaways might be best described as a modern reimagining of the quintessential traditional fruit machine. Its reels are packed with familiar symbols like Fruits, Bars, Bells and Sevens that’ve been delighting players since the dawn of slots, but it’s also packing exciting gameplay features that mark it as a bang up to date online slots game. 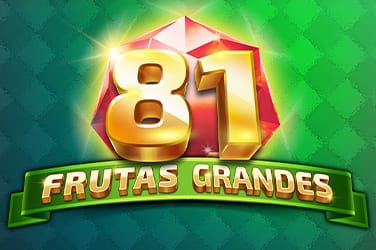 In an online slots world where every new generation of releases brings ever more flashy and complex gameplay features, Tom Horn Gaming are one developer who seem to be bucking the trend and, instead, producing nicely polished, simple slots with a more traditional feel. Last month they released the deliciously straightforward Sweet Crush and this month they’re back with 81 Frutas Grandes, a slots game based around colourful fruits and gems. While the gameplay is refreshingly simple on the whole, special features like multiplying Wilds keep things interesting.

Last but certainly not least, we have a slots game courtesy of Skywind Group based on the police drama series CSI: Crime Scene Investigation that ran for hundreds of episodes and spawned multiple spin-off TV series, video games, and even board games. As you’d expect from the online slots tribute to such a popular media franchise, CSI: Crime Scene Investigation is a top quality production featuring HD graphics, clips from the show, and fantastic, thematic gameplay features. If you’ve ever imagined yourself unpicking the clues and solving the crime alongside the CSI team, this is one slot not to miss.