In this new article series, we will be speaking with the people behind some of the hottest online slot developers in the market right now. First up, we have Jo Purvis from Blueprint Gaming.

Jo talks about how the developer has reacted to market challenges over the past 12 months to continue designing and developing chart-topping slots despite most people working from home.

She also discusses the developer’s multi-studio strategy and how that is bringing more quality and variety to its portfolio of games and what that means for you, the player.

We were also excited to learn more about the developer’s latest innovative feature, Prize Lines, and the next instalment of its blockbuster branded game, The Goonies.

How are things at Blueprint Gaming?

Jo Purvis (JP): The company’s going through a very healthy period right now, driven by a strong games roadmap that has become the norm at Blueprint Gaming. The entire team has been amazing in rising to the challenges that Covid-19 brought to our daily office routine. We’ve managed to maintain the delivery and quality of the new game releases despite many of us working from home for the majority of 2020 and now into 2021. This minimal disruption to our operations has given much to the delight of our casino partners and loyal fanbase.

2021 has started very strongly, with a number of new members joining the company and the addition of Lucksome to our multi-studio strategy. The new Maltese games studio brings another dimension to our overall offering, with its first release Divine Links showcasing two new gaming concepts with Lux Reels™ and Lucksome Locks™. The game will be made available through the Blueprint RGS platform and further strengthens our international presence.

The second half of the year promises to be even stronger with some epic game launches planned. With the lockdown restrictions gradually easing in the UK, we’re also very much looking forward to heading back into the office and reuniting with colleagues in person.

Are jackpot slots more popular now than ever? Why do you think that is?

JP: Arguably yes, but in truth jackpot games have been very popular for many years now, as seen with Blueprint’s Jackpot King. As the culture of online gaming changes, what we’re seeing is the evolution of jackpots to meet the appetite of players. People are far busier these days and often prefer the shorter sessions where they know the end result of a jackpot. This has seen the introduction of more pots, as well as timed-drops as an alternative to progressive jackpots.

Having said that, the big progressive jackpots will always remain as they have the potential to reward huge sums, something which is always going to be popular with players. The thrill of winning a big prize from a single spin is highly appealing. Big jackpots are community built, which can’t be achieved solely within a single game or x times stake wins. Of course, jackpots will continue to evolve in order to meet the changing preferences of players, but the progressive pots that offer huge cash prizes will always remain.

You have developed a range of branded slots – what do you look for in a brand?

JP: Choosing the next brand to work with is a well-thought process and must reflect our own company values. Light-hearted and humorous brands work best in our experience, as gaming is all about entertainment. Players are accustomed to Blueprint slots that provide a lot of fun during the gameplay, which is why we’ve used brands such as Rick and Morty™ and ted™ in recent times.

The Goonies™ epitomises the way in which we work with brands and has become one of the strongest games of our portfolio. The film is a cultural icon and we mastered the gameplay with a nostalgic feel, ensuring it took players straight back to the time when they first watched the film. The brand itself translated perfectly into a slot, which was designed specifically to take advantage of the featured scenes, characters and recognisable audio catchphrases to elevate the gameplay.

How hard is it to capture that brand within a slot game? How do you do this?

JP: This once again comes down to the process of selecting the right brand. You have to make sure they can be captured within a slot, rather than shoehorned into one. Identifying key elements of the brand that makes them recognisable is hugely important. For instance, the “Truffle Shuffle” in The Goonies™ and “Shopwell’s supermarket” in Sausage Party™ are key characteristics of both films, so we decided to build features around these elements to great success. 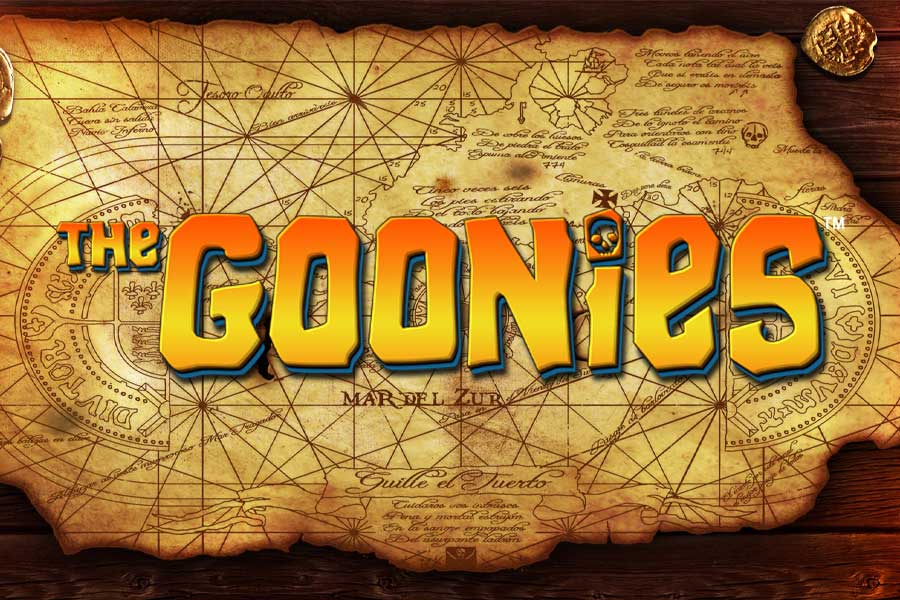 Above all else, the experience of developing branded games and working closely with the licence holders are vital measures to producing a quality game. You have to really understand the IP and how to best translate a brand owner’s desires into the final product. Fortunately, at Blueprint we’ve been developing these types of games for a number of years now and have strong relationships with world-renowned licence holders, who trust us to deliver a quality game based on their IP.

As a studio how do you innovate in terms of the features you build into your games?

JP: We’re slot players ourselves so creating an entertaining game is the foremost desire, whether this be through a theme, base game mechanic or new feature game.

Our desire to innovate and take the gameplay forward is a constant priority, proven by a number of the trends we have initiated in the industry. We often draw on our past experiences to usher in new variants of mechanics. For instance, our new Prize Lines™ mechanic features hold over symbols, which will be familiar to players who enjoy slots from the land-based environment.

Adding small extra details helps to move popular features forward, just like we’ve done with Megaways™. Rather than sticking to the core mechanic that Big Time Gaming provides, we’ve added our own twists to change the way in which these types of games are played out.

New games and themes often come together at the development stage. An idea for a theme will instantly create suggestions for the features which should be included. Similarly, an idea for a feature can develop instantly into a theme.

To attract the best operators and a wide audience, suppliers must have a full deck of slots to offer. Megaways™ is currently the trending mechanic, but you never quite know the longevity of features.

You are one of the many studios that license Megaways – is this now a must have for game developers?

JP: Yes, but only as an option within a diverse portfolio. To attract the best operators and a wide audience, suppliers must have a full deck of slots to offer. Megaways™ is currently the trending mechanic, but you never quite know the longevity of features, so developers must have a variety at their disposal to give the operators the best opportunity to attract players and keep them engaged. So, while many are building Megaways™ inspired games, the standard 5×3 grid slots are just as important to ensure all players are offered something that they would enjoy.

Why do you think Megaways has proved to be so popular?

JP: Essentially, the ability to offer huge prizes from low stakes has proved to be a popular aspect of Megaways™. The base gameplay offers the chance to secure a big prize without the need to trigger a bonus feature. The piece of innovation came at the right time when players were looking for an alternative to the standard five-reels model.

Time will come when Megaways™ needs its own innovation. With the saturation of casino sites and Megaways™ we are currently seeing, due to so many developers licensing the product and needing to get a return of investment, that time for Megaways™ might be sooner rather than later.

What can we expect from Blueprint over the next few months?

JP: As ever, we have a strong product roadmap ahead with some exciting new releases to come. Firstly, we have recently seen the network-wide launch of Prize Lines™, which has been introduced within the iconic franchise Fishin’ Frenzy. Prize Lines™ marks a new direction of gameplay for Blueprint, as we aim to broaden the appeal of our content to more players. Each session of play consists of five spins and players aim to fill the grid with fish symbols to complete Prize Lines™. After the initial five spins, players can choose to end their game and collect the prize awarded or spin again at an additional cost to complete more Prize Lines™ for bigger wins.

We also have the highly anticipated sequel of The Goonies™ being released this year. The team is very busy putting the final touches to what promises to be another epic adventure based on the cult classic.