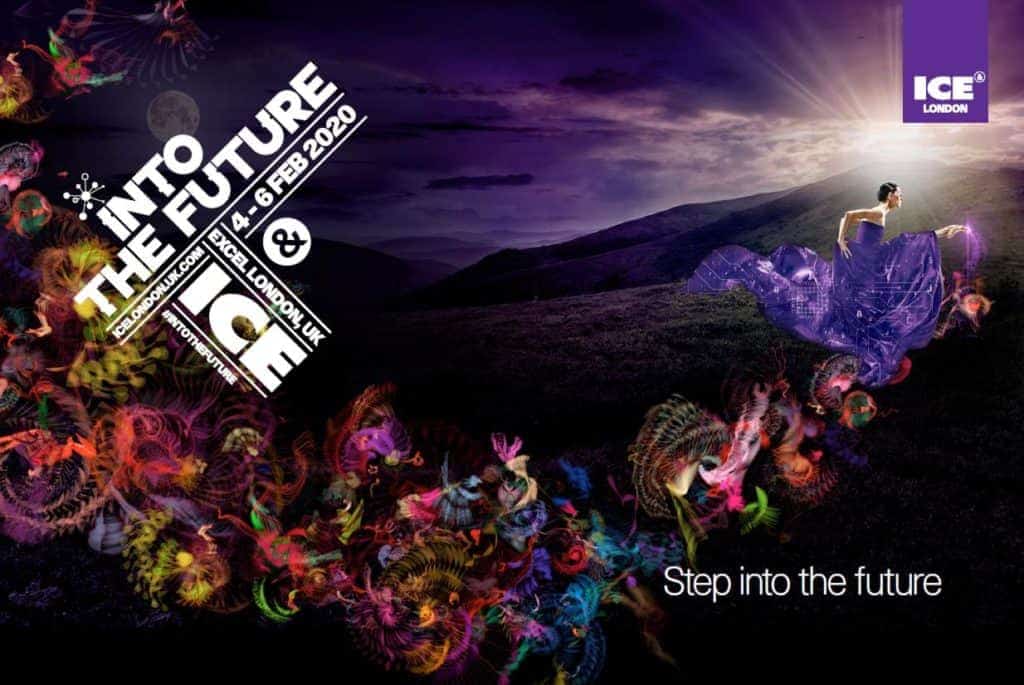 The new year is well and truly underway for the slots and casino game industry. ICE 2020 is the first major iGaming event of the year, and this year was even more of an event than it has ever been. For slots developers and casino houses the world over, ICE Totally Gaming is traditionally the expo where major players and indie studios alike tantalise the iGaming and sports betting worlds with their slates of new releases and innovations we can expect to see published throughout the year. As always, Casino Kings has the lowdown of what went down for you. Strap in. It was epic.

Put simply, ICE Totally Gaming is the number one gaming trade show. Not only does it bring together the world’s top online slots and casino game developers, but it also welcomes sports betting operators as well as offline gambling producers. It is the single service point for the entire industry, the expo in which thousands of trade professionals gather to network and showcase a variety of gaming innovations in online casino games technology and project developments. The exhibition takes place in London’s behemoth ExCel Centre and features talks and panel discussions via its ICE VOX conference tracks alongside dedicated networking events hosted by some of the world’s top gaming solutions. And it happens to be the place where gaming providers unveil their slate of releases for the coming year.

In 2015 NetEnt announced its Guns N Roses video slot and the surrounding NetEnt Rocks Tour, a series of slots that revolutionised the online and mobile slots industry, though fans had to wait a full year before the slot’s release. Guns N Roses, of course, went on to scoop the Game of the Year gong at the EGR Operator Awards in 2016 and remains one of the most popular online slots to this day. Fast forward to ICE 2018 and Evolution’s unveiling of Lightning Roulette, the online casino game that elevated the traditional game of Roulette to shocking new heights.

Lightning Roulette also won the prestigious Game of the Year following its unveiling at ICE 2018. ELK Studios, winner of the EGR Game of the Year in 2017 with Wild Toro, weren’t present at ICE in February of that year. But they returned to exhibit in 2018 following their EGR success. Evolution Gaming, crowned Live Casino Supplier of the Year for the tenth year running in 2019, is ever present at ICE and returned with a strong showing in 2020. Coincidence? We think not. Evolution announced the launch of Crazy Time, a Dreamcatcher-style game that promises even more mayhem and prizes. Crazy Time is one of 12 new games that the London-based studio will launch in 2020.

The floorplan for ICE 2020 read like a who’s who of the international gaming industry. Microgaming, NetEnt, PlayTech, Scientific Gaming, Evolution Gaming. They all had exhibitions. To name a few. With over 600 solutions and 35,000 plus attendees, the scope of the event is nothing short of breathtaking. Red Tiger hosted the Ampersand VIP Lounge. It is no coincidence that Red Tiger launched its latest release, Rio Stars, on 5th February, smack bang in the middle of the ICE expo. 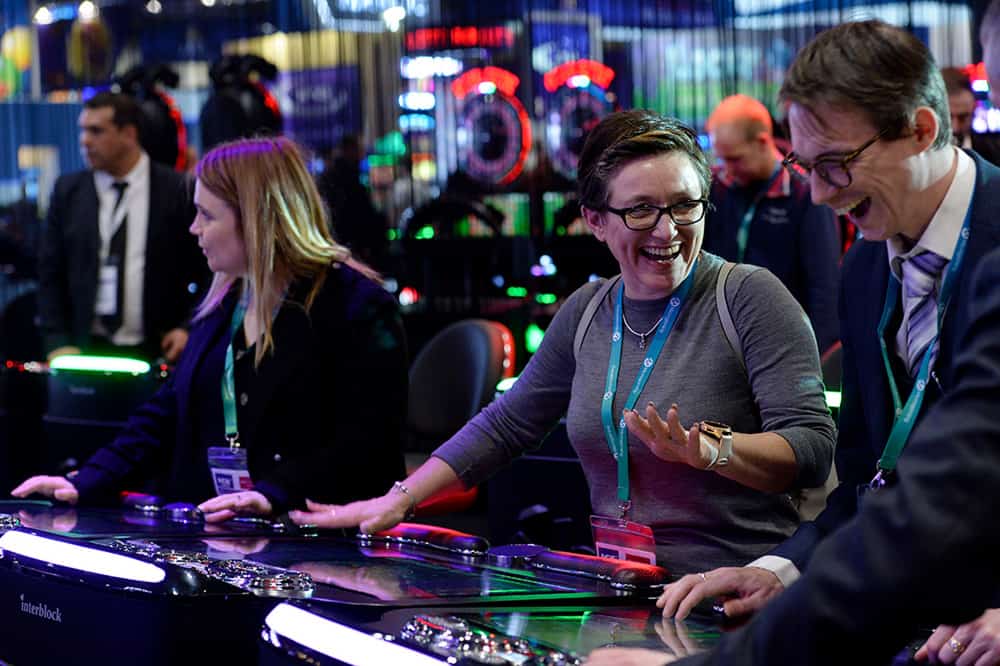 Such big hitting gaming releases are part and parcel of ICE. Gaming giant, Microgaming, announced its sequel to Book of Oz, which it developed in partnership with indie slots house Triple Edge Studios. The new release, entitled Sisters of Oz, will be part of Microgaming’s new progressive jackpot series, WowPot. Microgaming also cryptically promised to strengthen and refresh its branded offering at ICE. And the Isle of Man-based gaming giant did exactly that with the announcement of its Game of Thrones instalment, Game of Thrones™ Power Stacks™ online slot, developed exclusively by Slingshot Studios.

Scientific Games, who Casino Kings players will know well from its acquisition of Barcrest and its ever-famous Rainbow Riches slot and all the subsequent sequels, made a case for play of the expo with the reveal of its Jackpot Wars game, a head-to-head mission-based game that is sure to capture the imaginations of online gamers of all shapes and sizes.

Over to Sweden – seemingly home to 95% of the world’s online gaming companies – where NetEnt made an early play for coup of the year with the announcement of its Street Fighter™ II: The World Warrior slot. Based on the smash hit console game released in 1991 this title will be another superb addition to NetEnt’s retro slots catalogue, and will be sure to be a smash hit among gamers of all eras. In 2019 NetEnt unveiled plans for its Ozzy Osbourne slot and followed that up in 2020 with the announcement of an eyebrow-raising addition to its branded slot portfolio with the studio set to launch its Gordon Ramsay Hell’s Kitchen slot later in the year. The multi-Michelin starred celebrity chef will certainly provide NetEnt with colourful material for this outing on the reels. If NetEnt’s Motörhead slot is anything to go by, NetEnt won’t be worried of throwing in some expletives to accompany the game play. 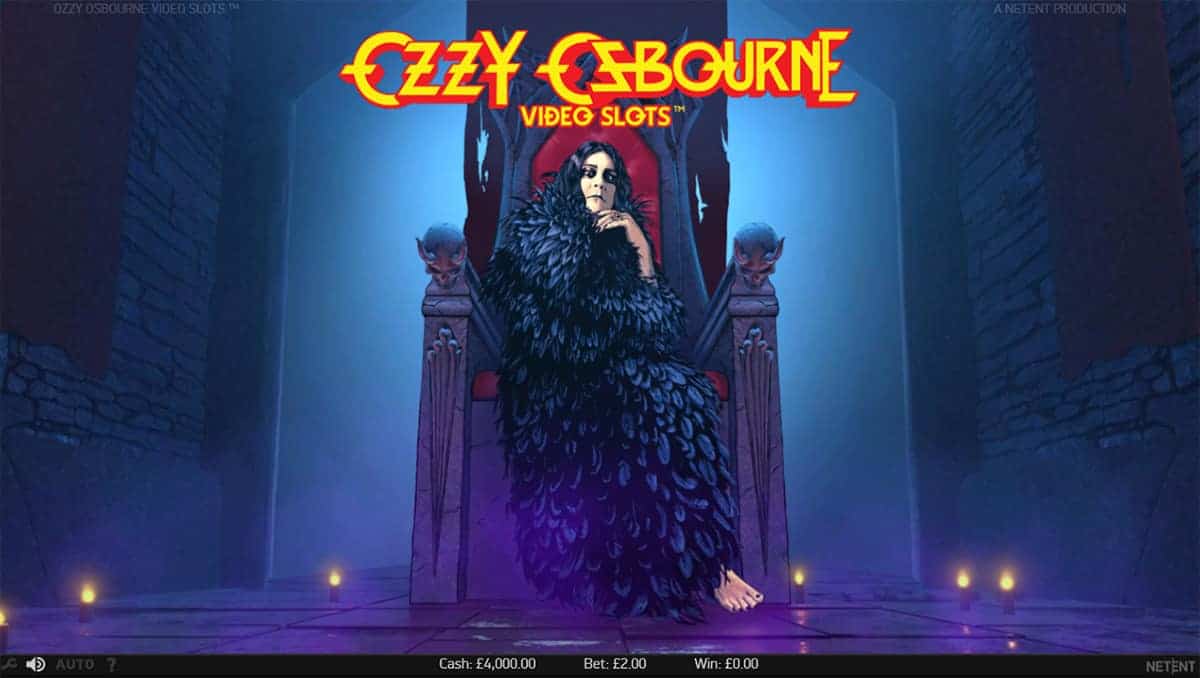 With innovations in mobile slots coming thick and fast every year, the major announcements from all the key players are sure to be the tip of the iceberg when it comes to slots releases in 2020. The three day ICE Totally Gaming expo lights the touchpaper for slots fans’ expectations for the year ahead, whilst exhausting all delegates from the games developers, innovators and affiliates that tread the boards of the expo for the duration. But it’s hard work well done as slots players, online casino enthusiasts and gaming houses like your very own Casino Kings can lick our proverbial lips as we look ahead at the gaming calendar. You’ll be sure to see scores of these releases come thick and fast to your Casino Kings dashboard as 2020 ticks by. No doubt all of these developers are already looking forward to ICE 2021. And so are we. For now, we have plenty that we can look forward to this year.