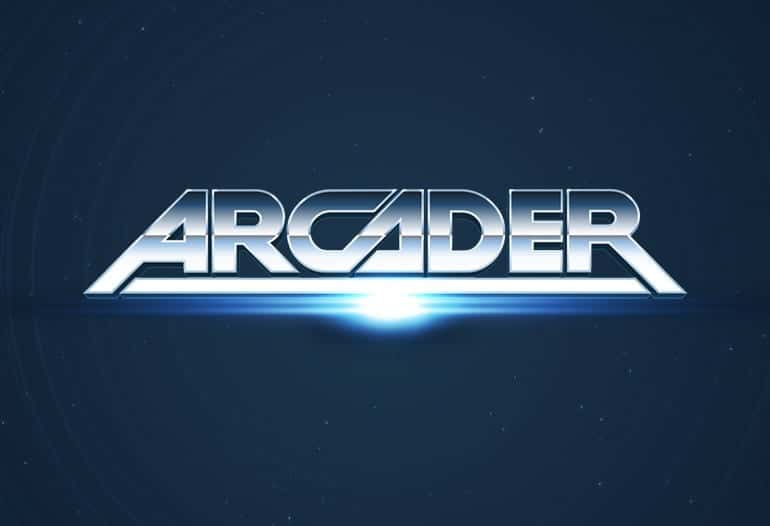 These are the voyages of the space ship Arcader, perhaps the greatest slots spaceship to ever grace the reels.

Any regular readers of this blog will know how much I love Thunderkick titles because they are, to the unit, fiercely creative. Even Toki Time, with its lack of huge base game potential wins, scores big on the creative play front with the cutesie kodomo anime reels and ever changing starlit backdrop.

But Arcader is top Toki Time what Weird Science was to 80s teen movies. With the added bonus of a soundtrack that could have been laid down by Daft Punk or the Chemical Brothers.

Arcader‘s ancient monolith with a sexy computer voice welcomes us back to the scene of this particular space age adventure and hits us with praise like “Great” and “Awesome” when we score big wins across the digitized reels – it’s like a blast from the future.

So it’s playable. Really playable, like a true online slot should be. And Thunderkick even manages to transform a bonus round with nine free spins into a futuristic experience that would start Jerry Bruckheimer and Joss Whedon making notes.

Incoming Blasting Wilds attack the monolith, turning random symbols Wild and ramping up our rewards for taking this particular sci-fi challenge, while the more Bonus symbols we land across the reels means a higher multiplier reward from the Arcader.