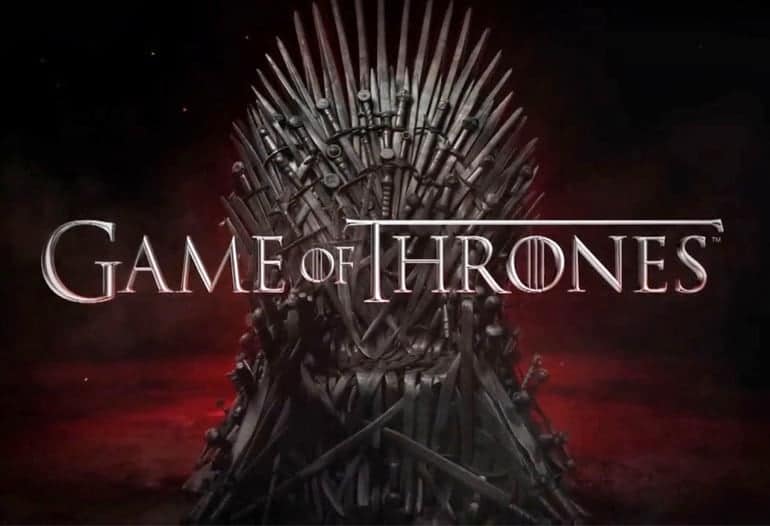 Take it to the bank. Take it to the bridge. Take it to Meereen to try and catch a glimpse of Daenerys Targaryen in her knickers. Wherever and however you take it, take it from me you don’t want to be missing Game Of Thrones on Monday night.

HBO’s ridonculously successful fantasy series continues apace and just like a punter at one of Little finger’s establishments I have found some extra pleasure when I’m watching Arya and co. in their quest for the Iron Throne. (Not that kind of pleasure).

One of the downsides of watching broadcast series is always the adverts. But not any more. I have taken to firing up Microgaming’s Game Of Thrones slot at Casino Kings to play during the live breaks.

Depending on how the series is going I can choose to side with any of the four major houses – Baratheon, Lannister, Stark and Targaryen – when I land three Iron Throne scatters in the base game to trigger the game’s bonus feature. (Although I do prefer to side with House Lannister – 10 free spins with a 4x multiplier is not to be sniffed at, even if the characters from that house are a bunch of incestuous, moral-free murderers.)

But by and large it’s nice to mix things up. And you want to know the real bonus? You can always pick a new strategy for the following episode next week. If you can wait that long.