Ever wondered how big an open-world video game’s map is in comparison to real life space? Casino Kings have taken the 50 largest open-world maps throughout gaming history and plotted how much real-life space they would take up if they were real. As it turns out – it’s quite a lot, covering the entire surface of the UK. Our interactive map focuses on games with defined open-world spaces. We’ve discounted games such as Minecraft and No Man’s Sky, as due to their use of procedural generation they are in theory – infinite. You can explore our mobile version below, or alternatively try the full-screen version here.

Use your cursor to hover over the various districts to discover how large each open-world game is in comparison to the UK. Alternatively, use the search function to look for a specific game within the top 50. There’s also the option to switch between mi² and km² depending on your preferred option. When you click on a particular district, information about the game will appear including the map size, the percentage of the UK that would be covered by the map, the year the game was released and the publisher behind the game. 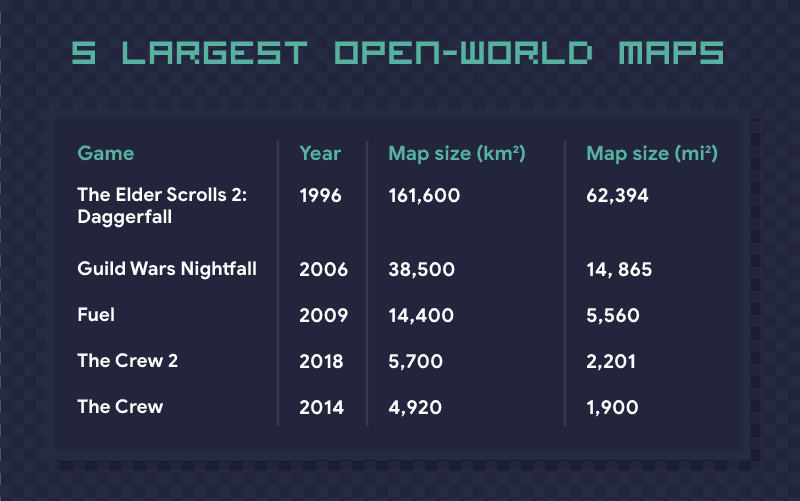 If you like our interactive open-world map, use the handy social buttons to share the map with your friends.