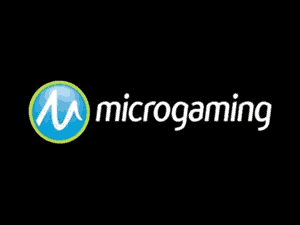 Microgaming is one of the oldest online slot developers going, with the Isle of Man-based studio flying the flag for Britain at every iGaming awards ceremony from then until now and beyond.

It has recorded gongs at the Global Gaming Awards, EGR Awards and ICE, as well as appearing in the Gaming Intelligence Hot50, which ironically operates in partnership with red hot rivals, NetEnt and Red Tiger.

Microgaming offers innovation online and on mobile across slots and online casino games, and in recent years the studio has nurtured up and coming developing talent by partnering with independent developers including Crazy Tooth Studios, Stormcraft Studios and Triple Edge Studios.

Microgaming was founded in 1994, two years before bitter rival NetEnt and way back before the Internet boom kicked in. Throughout the years Microgaming has pushed the boundaries, becoming the first UK casino game developer to release a linked progressive online slot. That slot was Cash Splash 5 Reel, launched in 1998 and still going strong today. As the decades passed Microgaming released numerous notable slots, including Tomb Raider in 2005, which brought Lara Croft to the reels as Angelina Jolie brought the classic video game character to the silver screen. It was the first of many branded slots with which Microgaming enjoyed great success, and saw the studio develop a number of sequels including Lara Croft: Temples and Tombs in 2019. Microgaming has been recognised, nominated and awarded for its Corporate Social Responsibility mission. The studio is one of the founding members of eCOGRA, the leading organization for honesty testing and player protection in the iGaming industry, while it also launched its Play It Forward campaign in 2014, a staff-led CSR program that has invested over £1.8million in CSR initiatives since.

Microgaming boasts more popular titles than most gaming houses have had releases. Apart from its Tomb Raider slots, Microgaming also lays claim to the Game of Thrones slot franchise as well as Terminator and various Jurassic Park-themed slots. Alongside its branded slots, Microgaming has also released numerous original slot games that have helped define the industry. These include household name slots like Mermaids Millions, Castle Builder and Immortal Romance, as well as a variety of online casino games including its Gold Series table games like Blackjack and Roulette.

Microgaming’s Burning Desire slot got slot fans hot under the collar, but not thanks to any hanky panky style shenanigans that the game’s name might suggest but instead because of its innovative use of the 243 Ways to Win pay system. This new pay structure abandoned traditional paylines, and instead paid winning combinations for slots that landed adjacently from left to right. Soon, slots studios were innovating with pay systems and devising new ways to drive innovation and entertainment.

When Terminator 2: Judgement Day was released way back in 1991. It helped cement Schwartenegger as a genuine Hollywood superstar and joined an exclusive club…

Fire Forge, a five-reel slot from Stormcraft Studios, takes us on a fantastic journey to find Tolkienesque dwarves and their treasures deep underground. This 243…

Pachinko is a classic Japanese instant game that has origins as a form of mechanical slot machine. In Japan, Pachinko machines are a cross between…

Hyper Strike might sound like a military tactic to catch enemies unawares, but this online slot from Microgaming’s partnership with Gameburger Studios sits very much…

You can never have too many Irish themed slots, and so it is with that spirit that All41 Studios partners with Microgaming to deliver the…

Microgaming partners once again with Crazy Tooth Studios to bring us an ancient Oriental adventure in the shape of Ancient Warriors. The two studio’s collaborated…

If you were invited to a Playboy party you would likely expect glitz and glamour, and that’s what this slot release from Microgaming and Gameburger…

Microgaming and Crazy Tooth Studios follow their eco instincts with Lady Earth, but while it might be eco-themed that doesn’t mean it skimps on lavish…