Food-themed online slots aren’t anything new, but just like modern cuisine they are rising in popularity. Next month NetEnt releases the Hell’s Kitchen Slot, a five reel, three row video slot that offers low volatility, unlike the chef on which the show is based. That chef is none other than Gordon Ramsay, the foul-mouthed celebrity chef that became as famous for his language as he did for his cooking. Whatever feelings you have towards his vocabulary, you can’t help but applaud the 16 Michelin stars under his apron. Will NetEnt’s Hell’s Kitchen slot be good enough to win him number 17? Who knows. What we do know, is that the news is reason enough to recap some of the tastiest foodie slots ever released (in no particular order).

Next month NetEnt releases the Hell’s Kitchen online slot, a five reel, three row video slot that offers low volatility, unlike the chef on which the show is based.

NetEnt released the original Fruit Shop slot in  2013, and a Christmas edition two years later. But such was the appetite (aha) for the game that the Fruit Shop Megaways™ slot entered the online games arena in late 2020. Okay, so the fruity delights on show aren’t exactly worth Michelin stars, but sometimes the simplest treats are the most delicious. With up to 117,649 ways to win and a Free Spins bonus feature that triggers after every winning spin involving fruit symbols, there is plenty to get your teeth into on this slot. Yum.

Do you like sweet treats and baked goods? If the answer to either of those questions is a big fat “yes” then Play ‘N Go’s Baker’s Treat slot could be just the morsel you are looking for. Fans of a certain UK-based baking show will lick their lips at the prospect of the game’s Bake Off feature, which triggers five Flour Power Spins. Forget the puns, focus on the opportunities to win and the delicious looking baked goods on the table. If you’re thinking macarons, pies and mille-feuilles you are hitting the creme patissiere on the cake.

Are you a fan of spicy Mexican food? Do you like it so spicy it can blow your pants off? That’s the saucy action on offer in Blueprint Gaming’s El Jackpotto slot, a five reel, 20 payline slot that not only focuses on the food you eat, but also what happens afterwards. The Tomato Sauce, Mustard Sauce, Colossal Fart, Chilli Sauce and Super Fart Bonus Reel modifiers tell you everything you need to know about this game, while the lead character – Señor Burrito by day and luchador El Jackpotto by night – is the key to the biggest wins from this cheeky game.

What do you mean this is a tenuous entry? The word Taco is in the game’s title, for crying out loud! Okay, so ELK’s Taco Brothers slot might not actually feature any tacos, but this game is so much fun that it spawned a festive sequel – Taco Brothers Saving Christmas. There may not be a taco in sight following the intro, but I defy anybody who wouldn’t invite Peso, Pepe and Pico to their dinner party. (As long as they brought some tacos.) 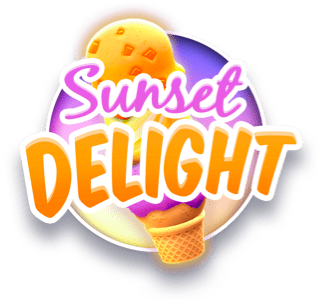 Ice cream has to be everyone’s favourite summer treat, so Thunderkick’s ode to ice cream is one not to be missed. The innovative Swedish slots studio chooses chocolate fudge BAR, marshmallow Wild and raspberry ripple 7 ice cream as the top paying symbols, plus a bonus game that sees you pile scoop after scoop on top of each other as you bid for tasty wins. With only three reels and five paylines, this is basic online slots play at its yummy best.

The Finer Reels of Life

Now, there may not be any mention of food in this slot’s title, but there certainly is in the bonus features. First off there’s the Coffee and Chocolate Bonus, which awards 10 free spins with a x5 multiplier, the Wine and Cheese Bonus, delivering 15 free spins with Wild Wine feature, and finally for dessert the Whisky and Cigars and Champagne and Diamonds features. Okay, so you can’t eat diamonds, but you can enjoy them while you drink champagne.

Eyecon might be most famous for its Fluffy Favourites franchise that kickstarted the Aussie developer’s online slot empire, but the studio’s Pig’s Feast slot offers plenty in this 25 payline smörgåsbord. The star of the show is the Pig and his Lady Pig, who launch the Dumpling Pick and Free Games features when you land three or more of either of them. Oddly enough, and as the game’s title suggests, the pigs are the ones attending the feast and not the food on the table. That said, at no point do we learn just what is in the wontons. Just saying.

We couldn’t have a food-themed online slot countdown without including a candy-themed game. Okay, Candy isn’t technically food, but we threw the Taco Brothers in here so So Much Candy gets in too. If you could have one gripe about So Much Candy, it’s that Microgaming inexplicably uses 10s and Royals as the low paying game symbols instead of extra sweets. However, you can win up to 320,000 coins so we’ll let them off. Playing this slot now it does feel a little dated thanks to its 2014 release, which is why it features so low on our list.

As we can see from this countdown of food themed online slots, there is plenty of appetite (aha) in slot land for tasty games that make us salivate. Will Gordon Ramsey’s Hell’s Kitchen slot blow the competition away? Will NetEnt include some foul mouthed motivational snippets from the super chef like the studio did in its Motörhead slot? Maybe. We can guarantee you Ramsay will throw knives, pots and plates at the reels as random Wilds. One thing is for sure in this NetEnt release, if you can’t take the heat, you’d better get out of the kitchen. Or at least take cover!