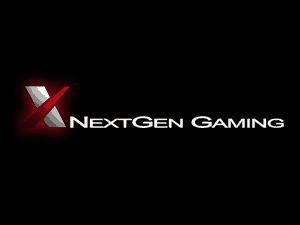 Based in Sydney, Australia, NextGen are no bunch of Benedicts. Formed in 1999, NextGen pioneered platform-independent content delivery, which to you and me means that they have been in this game for a long time helping us gamers make sweet, sweet music. Online and mobile gaming music.

As an exclusive slots studio, NextGen have a list of top titles as long as an endless Up Wild, with an emphasis on high production values, inherent playability and bonus features as numerous as they are deep.

If you want some examples maybe you should try Foxin Wins, Miss Midas, Wildcat Canyon or Doctor Love On Vacation (see the Aussie sense of humour coming through yet?).

But NextGen is part of a bigger team, NYX Gaming Group, a gaming monolith that has innovation as its watchword. Needless to say, NextGen played an integral part in NYX picking up a Special Achievement Award at EGR 2014, as well as taking all the accolades for the outfit’s 2013 RNG Casino Supplier of the Year Award.

With current titles such as An Evening With Ashley Maddison and Psycho – will you ever see two more diverse online slots in the same sentence? – releasing amid much fanfare and expectation you can bet that they’ll be needing to reach for the polish again pretty damn soon.

I hope their mantlepiece is as big as their barbies must be for their Christmas parties.

Not that we’re jell or anything.

Revisiting Aztec ruins on the slots is always a blast. But Montezuma Megaways Slot runs with the idea, quite literally. An Aztec theme, cascading reels…

NYX works with Inspired Gaming to breathe new life into American Football With it’s 1st Down Slot. While it may be massive stateside, plenty of…

Queen of the Castle

Continuing its mission to create innovative new online slots, NextGen puts a new spin on the ‘king of the castle’ phrase. In fact, it flips…

Not one to shy away from one of the earth’s most dangerous elements, NextGen puts the heat on with its Flame Slot. With a name…

Do you ever get tired of birthday celebrations? If the answer to that is “yes”, the five reel, 178 Ways to Win Birthday! Online slot…

It’s no coincidence that NextGen set the launch of its Top Strike Championship Slot to release in time for the Russian World Cup in 2018.…

Ahh, the tale of Aladdin! The story of the genie in the lamp has captivated us since the 18th century, forming a later addition to…

Being sung to by beautiful maidens while we are out at sea? Sounds heavenly. Until we learn that they are luring us to our doom!…