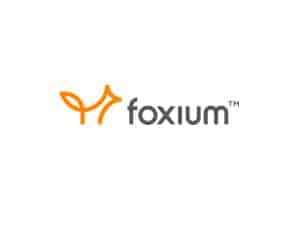 In its quest to “outfox the ordinary”, Foxium has hit the ground running in the online gaming industry. Which isn’t bad considering it’s only been around since 2015 and runs operation from its headquarters in Tallinn in Estonia. Yup, in this area of Eastern Europe, there lies an up and coming casino production studio. Who’da thunk it?

The company is headed up by Åke André, a wonderfully named Swedish expert in the online gaming industry. And we all know that Swedes excel in this area, just take a look at the brains behind NetEnt, ELK or Thunderkick. So, with a Viking gaming guru at its helm, Foxium was set for growth. Which is exactly what it’s been doing. Along with co-founder Daniil Sanders and senior software engineers and artists, Foxium isn’t afraid to hide behind its name. The people who work there are front and centre at interviews, giving press releases and are proud of what they do. And they should because, in the games we’ve seen released already, Foxium is really pulling it out of the bag.

All the slots games it builds are centred around storytelling. It’s not just a case of flashy colours and free spins. It aims to give fans the “wow” factor with each new release and it pulls out all the stops when it comes to slots. Take The Great Albini for example. A magic show like no other, an interestingly named hero and fun supporting stories to go with it. The video intro to the slot packs in all the hard work of Foxium’s animators and there’s even a background story to Albini and his assistant Lily. It’s this level of engagement that keeps players interested for longer.

The key to succeeding in the online gaming world is sometimes a case as much of ‘who you know’ as ‘what you know’. Fortunately Foxium has both. Foxium delivers on both fronts and has been greasing up the palms of big player, in the nicest possible way. It’s received significant investment from Velo Partners, has integrated with Microgaming’s Quickfire platform to get its slots to more operators and a wider audience and it’s also secured distribution through NYX Interactive. So while it may be creating dazzling slots with story at its heart, Foxium has a good head for business too.

It also seems like a friendly place to work. Not that we know what an office in Estonia would be like, but it’s a great way to kick start a new creative hub. And why not? It’s definitely succeeding so far and outfoxing the ordinary. On its social media pages, Foxium is ready to engage and happy to meet up in person at industry events. We might just pay them a visit. Who’s coming?

You might be instantly put off playing Foxium’s Foxpot slot if you simply glance at the game info. A single payline slot with one reel?…

On its quest to give you great slots with even greater graphics, Microgaming partner Foxium enters the foray of pirate slots. You’ve already had the…

Everybody loves a good magic show and Microgaming delivers just that, with all the pizazz you’d hope for in its The Great Albini Slot. The…