Bellatrix Lestrange, Mystique and Cruella de Vil. All familiar names with movie buffs and filmgoers alike due to their cunning, cruelty and villainousness. One of the greatest female baddies, Maleficent, is due to return to cinema screens in October in Maleficent: Mistress of Evil. Played by Angelina Jolie, her character is a powerful fairy who curses the King’s daughter.

What Our Research Shows

The leaderboard below shows the most villainous movie actresses of all time, according to our research. We’ve discounted cameos, short films, uncredited roles, documentaries, voice roles, post-production and future movies. The leaderboard takes into account the number of movies that each actress has featured in, the number of villainous roles and creates a ‘villain score’ – showing how likely each actress is likely to play the part of a villain. 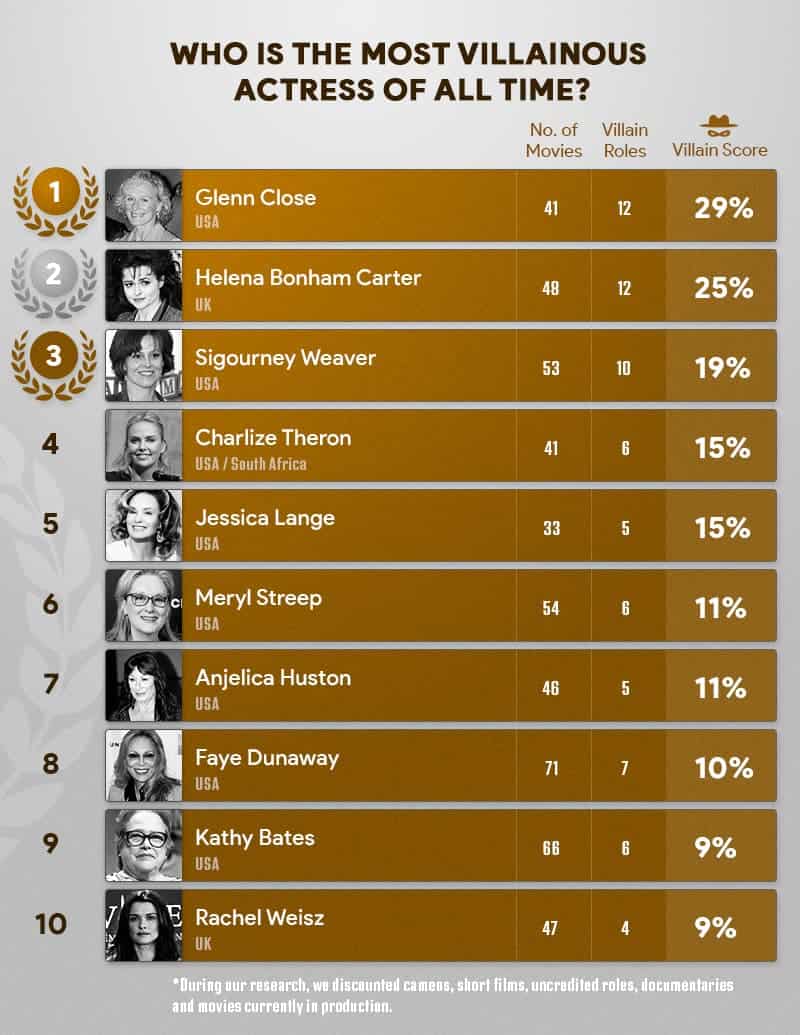 Perhaps most recognisable for her role as cruel dalmatian owner and fur enthusiast Cruella de Vil in the Disney classic 101 Dalmatians, Glenn Close tops our list, appearing as a villain in a staggering 29% of films that she’s featured in. Close is closely followed by British actress Helena Bonham Carter, who famously portrays Bellatrix Lestrange in the Harry Potter franchise. Eight of the 10 most villainous actresses hail the United States, while Helena Bonham Carter and Rachel Weisz are the only two British actresses to feature on the list. 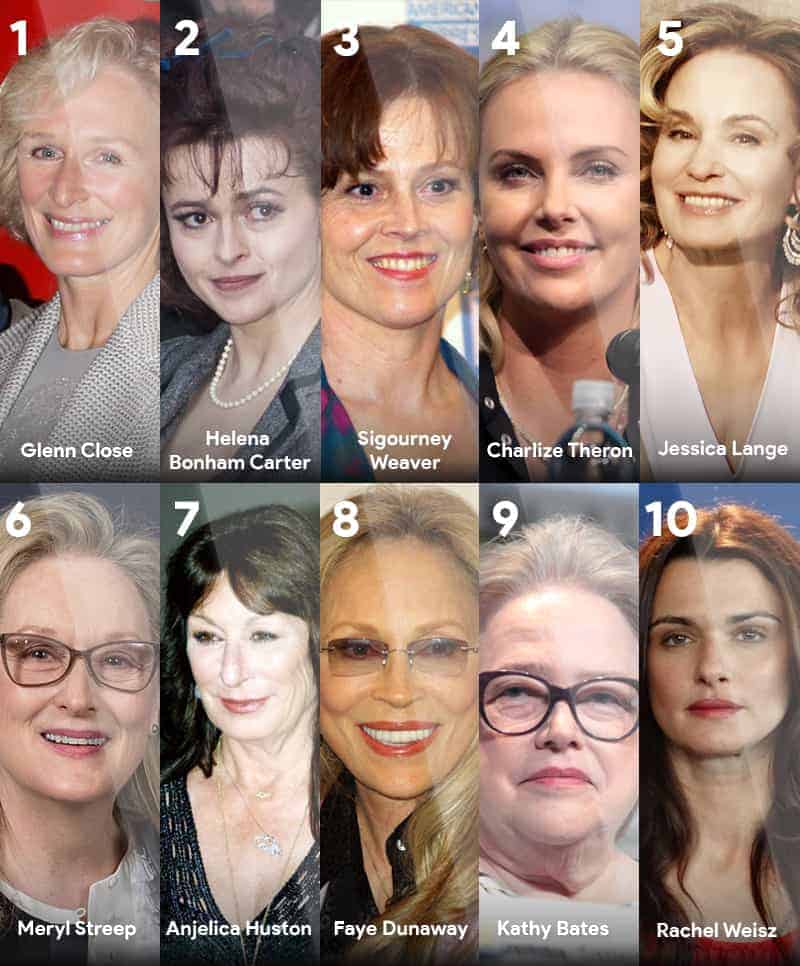 A Villainess is Most Likely to be a Cheating Partner 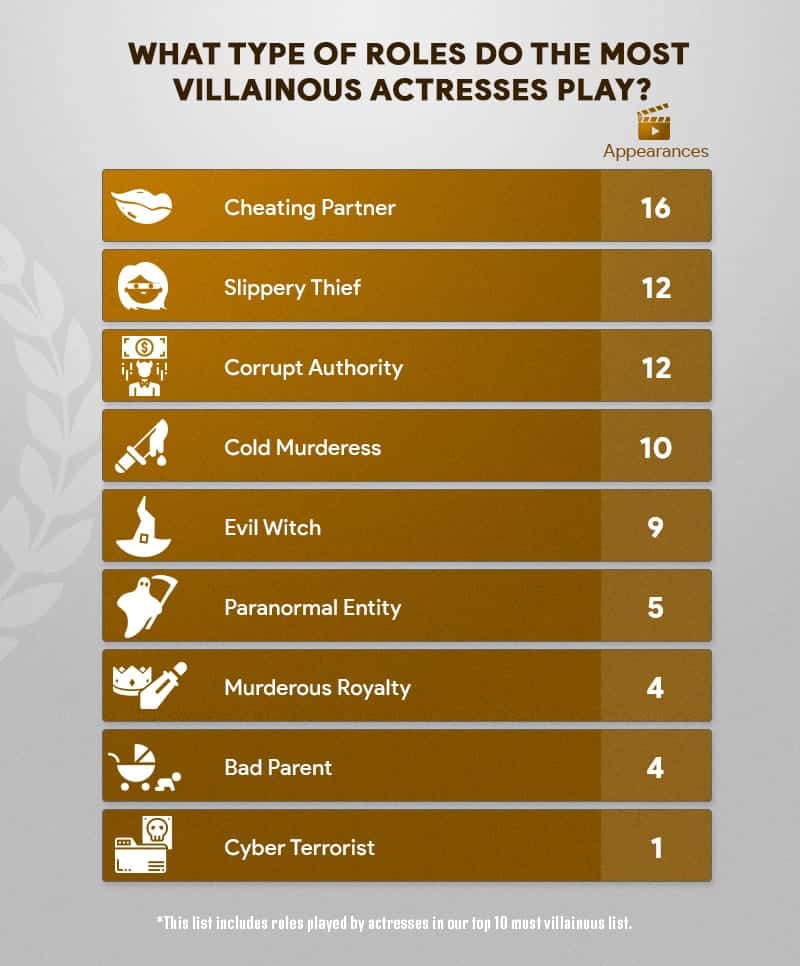 The Average Face of a Villainous Actress

The Casino Kings team have created the average face of a villainous actress. To achieve this, we morphed the faces of the 10 most villainous actresses who appear on our leaderboard into one image to come up with the ultimate female villain. We can detect a distinct Cersei Lannister vibe going on, perhaps the most prominent TV villain of the past 8 years. Can you spot any other famous villains who are prevalent in the image? 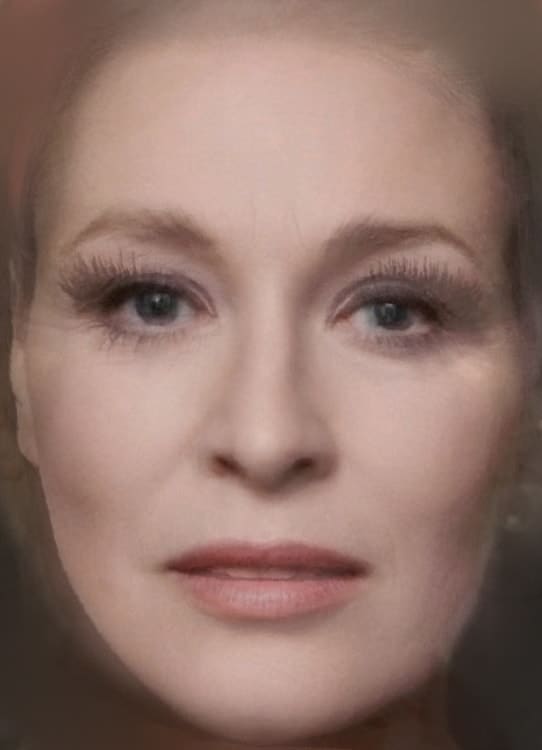 This isn’t the only cool stuff that we have on the Casino Kings blog. If you’re interested in video games, you really need to check out our interactive video game map, which shows that the 50 largest open-world video game maps are now so big, they fill the entire surface of the UK.