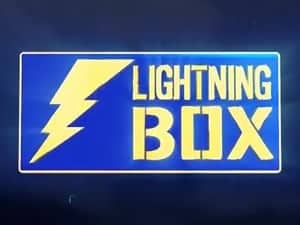 Like something out of a bad romantic comedy, the creation of Lightning Box Games began in 2004 when Peter met Dave. Two Australian maths geniuses combined forces to create a company that focuses on maths-based slots to give us a magic experience. Bonza!

Back in 2004, Lightning Box came into fruition in Australia, where it’s still based in its Sydney office. Two great minds, Peter Causley and David Little, came up with a formula that blends maths, top graphics, the crispest of audio and a touch of magic. And time and time again, we’ve seen that happen with each slot that it releases. When it first started out, Lightning Box focused solely on slots for the land-based games sector but it wasn’t long before it branched out into online gaming. After all, that’s where the best players are, right?

By creating a maths model of gaming, Lightning Box are able to give us slots which come with all sorts of winning possibilities. Different bonus features that go above and beyond the traditional free spins. And all combined with world-class graphics and audio. This has all been seen in slots such as Panda Pow!, Respin Rhino and the adorable Astro Cat and Astro Pug. And to give homage to its home country, we also got Redroo, a mighty kangaroo inspired slot set in the Australian outback.

In order to give players around the world the chance to enjoy its slots, Lightning Box have ensured it meets the toughest regulations for both offline and online regulated casino markets. With an ever-expanding player base and growing portfolio, it’s no wonder that Lightning Box have been recognised for its services to the industry. In 2017 at the EGR B2B Awards it was a finalist for “Innovation in slot provision”, recognised for its cutting-edge formula.

Celebrated for its contribution to online slots, it was only a matter of time for Lightning Box to expand with partnerships. In 2017, it signed an agreement with Microgaming’s Quickfire platform and in 2018, furthered its reach even more by agreeing a deal with SG Digital. It doesn’t matter if it’s based in the far side of Sydney, developers everywhere know that Lightning Box delivers the goods.

The background and reputation of Lightning Box speaks for itself really. 40 years of gaming maths brains. Decades of experience. A portfolio of online slots that boast amazing themes (we mean, come on, a pug in space – how great!) and enhanced gameplay. It’s only a matter of time before the awards come flooding in. Though like Ed Sheeran and other songwriters behind the scenes, perhaps Lightning Box will be creating slots for other developers and while they bask in the glory, poor old Lightning Box remains the unsung hero. But then again, as an Australian company, we know it wouldn’t keep quiet about that! Pretty sure Ed doesn’t either.

Its Silver Lioness 4x Online slot time. Get ready to prowl the African savannah, not only in search of vibrant wildlife but also on the…

Lightning Box has a habit and a history of delivering excellent slots with animal themes. If you have played the studio’s Stellar Jackpots: Dolphin Gold…

It’s the Silver Lion Slot. A five reel, 1,024 Ways to Win game from Lightning Box that celebrates the power and majesty of the African…

Strewth mate! Don’t come the raw prawn with Redroo Slot, Lightning Box’s latest online release through the NYX Gaming Group. Can you guess what it…

Lightning Box lights up our slots reels once more with Panda Pow Slot! A five reel, 25 pay-line Online slot that proves there is plenty…

Can dolphins go interstellar? It depends on how many cans they’ve had. The fish with all the answers are taking our Jackpot Slots into the…

The Vikings were a fiery bunch. They rampaged across northern Europe like dads on Christmas Eve searching for anything they can dress up as a…

The ancient Egyptians believed cats were sacred. They were also huge on astronomy. So is this multi-reel, 1,296 Ways To Win Slot game from Lightning…

It is a truth universally acknowledged that an online slots sequel will always be compared to its predecessor. Lightning Box’s Chilli Gold 2: Stellar Jackpots…

Lord knows Lightning Box Games love a gold-based online slot. Let’s be fair – who doesn’t? Throw in some Pixies and we are on to…

There have been plenty of suggested substitutes for gold over the years. Black Gold springs instantly to mind. But Chilli Gold? Lightning Box Games (off…