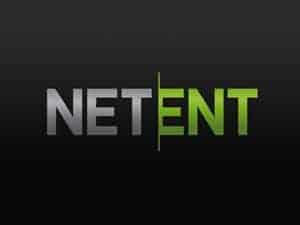 NetEnt is one of the most prolific online slots and casino game developers in the iGaming industry. In 2019 NetEnt handled 58.3 billion gaming transactions across the studio’s 200+ games, and is responsible for creating some of the most iconic slots characters ever seen on slots reels, such as the moonwalking Gonzo from Gonzo’s Quest being the perfect example. NetEnt has always imbued its corporate style with creative pizzazz, winning scores of awards along the way, not least for innovation. In 2020 NetEnt achieved its aim of being gender neutral, employing a 50/50 split of male and female employees.

NetEnt is one of the oldest and most prolific online slots developers, with its origins dating back to 1996. Founded in Stockholm and with its headquarters still based in the Swedish capital, NetEnt is one of a number of Swedish slots developers to blaze trails through the industry, alongside ELK Studios, Thunderkick and Quickspin. NetEnt has won awards throughout its history, not least at the prestigious EGR Awards where the studio has won gongs such as  Innovation in Mobile (2015), Online Casino Supplier of the Year (2018) and GGA Casino Product of the Year 2019 for its “Jumanji”.

The studio has won the EGR Game of the Year award multiple times for hit slots including Guns N’ Roses and Spinata Grande.

NetEnt has more famous slot titles than can be listed on any slots directory, though the studio’s Starburst online slot remains one of the most iconic, as does Gonzo’s Quest. The studio’s NetEnt Rocks trilogy featuring Guns N’ Roses, Jimk Hendrix and Motörhead did for online slots what the Matrix trilogy did for movies – made the releases anticipated events in every slot fan’s calendar and not simply an easily forgotten fixture in an endless churn of iGaming content. NetEnt bolsters its catalogue of innovative slots with branded content such as Narcos, Vikings and Conan.

In 2011 NetEnt launched its NetEnt Touch™ platform, a mobile first approach that pioneered mobile gaming way before most online slots developers realised the platform’s true potential. Today, mobile gaming is recognised as the platform of the future, as mobile device specifications become increasingly powerful and allow slots developers to be even more ambitious and creative in their game design. NetEnt has always pushed the boundaries of what slots can achieve, with its various innovative reel designs such as that found on its Motörhead slot proving hugely popular with fans. The studio’s Infinireels™ system and Cluster Pays™ mechanic drove innovation in the sector as other studios looked to compete.

The lightning strikes, the temple opens, and two statues stand on either side of the mesmerizing centre stage. That’s right; it’s time to prove that…

Released back in 2015, the original Dazzle Me is an enduring favourite for slots lovers. Played across an unusual game board with five reels of…

Gordon Ramsay is one of the most famous celebrity chefs in the world, not least thanks to his Hell’s Kitchen reality TV series. NetEnt brings…

NetEnt has long been one for innovative reelcase designs in its online slots, and Rome: The Golden Age slot is as innovative as the great…

NetEnt proves that December slot releases don’t have to be all about Christmas. As the Swedish studio revives its Divine Fortune slot with a Megaways™…

NetEnt has a host of award-winning slots to its name, and a score of Christmas themed slots too. Combine the two and what do you…

In a fight of good versus evil you must overcome the Dark Lord if you want to emerge victorious. The Dark Lord of this underworld…

Willy’s Hot Chillies will transport you to a warm and sunny Mexico! This title was developed by Swedish powerhouse NetEnt and features a playful theme…

NetEnt pulls out all the development stops to deliver the shadiest of noir online slots in Cash Noire, a 1,024 Ways to win slot that…

NetEnt whisks us to the underwater kingdom of the East Sea Dragon King in this Oriental slot. The game features NetEnt’s pioneering Cluster Pays™ mechanic,…